What's missing from your AR-15 build? 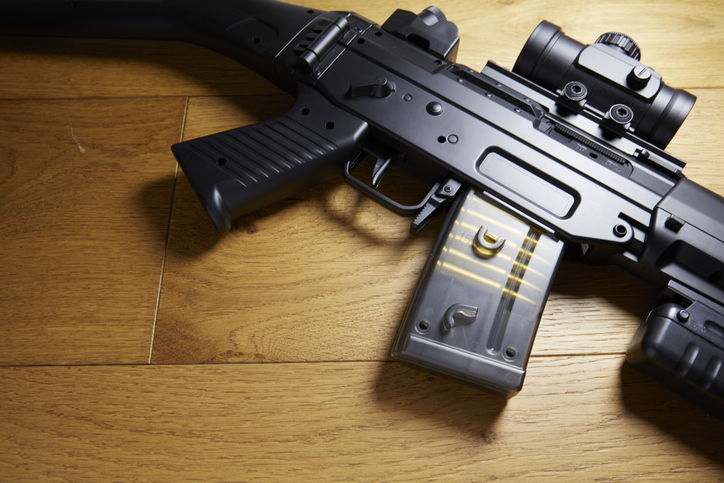 The AR-15s have remained an unrivaled product in the arms & ammunition market in the US since it was made available to the general public in 1989. Among the many reasons for its popularity, the prominent one is the extent of customizations possible on an AR. For instance, by spending some hundred dollars on the upper receiver you can change your long-range precision rifle to a close-quarter combat Carbine!

There are virtually endless options when it comes to upgrading your AR-15 ranging from rebuilding the trigger assembly, changing the barrel, to changing the receivers, and more. While all these upgrades can improve the performance of your AR-15, we’ll focus on the main upgrades that you can do on your AR-15.

The bolt carrier group along with the charging handle constitutes the upper receiver on an AR-15. Upper receivers are generally made from aluminum to make them strong and as light as possible.

Based on how upper receivers are manufactured, they are classified into three:

If strength & ruggedness is what you look for, we recommend you go ahead with forged uppers.

Billet uppers are made from CNC cutting a solid metal block and they tend to fall on the pricey side. While billet uppers aren’t as dense as forged uppers, they are still a worthy buy if your use is restricted to firing ranges.

Also, if you are someone obsessed with the customization and the look & feel of the upper, we suggest you ditch the forged upper and go with a billet upper because of the extent of customization options available.

Being the lightest of all the available types, it ranks the lowest in strength. The molten metal is poured into a die and is later finished in a CNC lathe. Because of its lack of strength, cast uppers are not the cup of tea for most AR enthusiasts.

1. If strength is what you are looking for, invest in a forged upper.

2. If you are looking for customization options, we recommend you invest in a billet upper.

3. If you need something economical, go ahead with a cast upper receiver.

AR upper receivers are also classified based on their design into flat top uppers & carry handle uppers. Choosing between the two is entirely a personal choice!

Similar to the upper receivers, lower receivers too are mostly made from aluminum and are classified based on their manufacturing process into

As with the upper receivers, forged lowers are the strongest, the cast lowers are the weakest, and billet lowers offer the most customization option.

Apart from these, there is also a type known as the ambidextrous lower receivers.

No one is satisfied with the stock iron sights that come in an AR-15. Making aftermarket optics a highly sought-after upgrade in an AR-15. There are four different types of optics that you can get for your AR

Red dots are close-range shooting optics with a red or a green dot at the center. These are parallax-free contain simple reticules and are blazingly fast. Red dots tend to have an upper hand in close-quarter combat because it allows you to fire with both eyes open and even co-witness with the stock iron sight.

Holographic sights have a larger field of vision and place a reticule on your target using an attached laser. Being complex and lighter in design, it offers less digital occlusion and significantly less parallax distortion. Once the reticle is on target you will certainly hit a bull’s eye!

Contrary to popular opinion, magnified optics can be used in both long and short-range target firing. These optics come with a scope and an advanced reticle for long-distance accuracy. For 100 yards and up, magnified Optics win over the others.

Digital hybrid Optics are praised to be the future of optics. They come with onboard computers and a simulation engine to generate details of the exact distance of the target and an option to auto-fire when the target is locked. These optics are mostly reserved for the armed forces & are way too expensive for civilian use.

Choosing the right magazine for your AR-15 can get tricky because of the sheer number of options in the market. If you‘ve been using an AR for a long time, you‘d already know that these magazines are not going to last the entire lifetime of your ARs.

These reasons make Magazines a popular upgrade that is commonly done on AR-15s. Magazines usually come in two types

1. Metal magazines – Mostly made from aluminum

2. Polymer magazines – Made from polymer materials

AR enthusiasts are notorious for splashing in hard-earned money over upgrades, so investing in the right upgrade matters a lot. The key is not to get the most expensive and the best, but to find the one which suits your necessities and requirements.

To get the best of Pre-sale and after-sale advice feels free to visit us here. You will have unlimited options to choose from at the most competitive of prices with no compromise on quality.