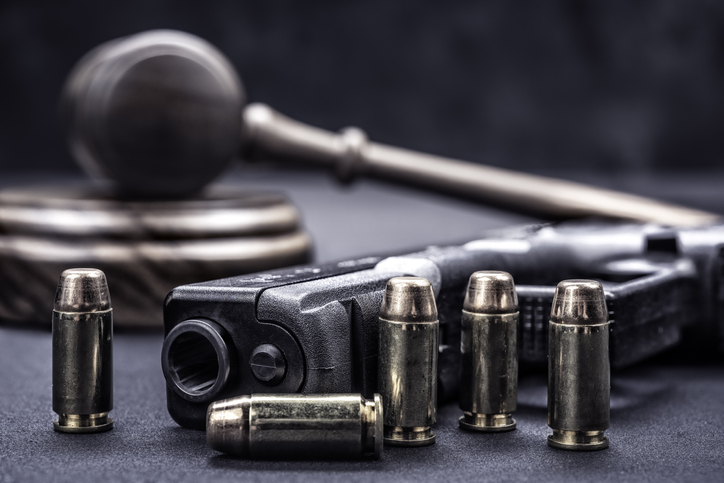 Back in June 2021, the House approved a pair of bills with the aim to expand and consolidate the background checks for gun buyers. What began as a series of deliberations has slowly evolved into a crusade to push forth the gun safety measures in the new gun laws for 2022 against what most democrats think is congressional inaction.

However, not every state is a taker of these laws.

So, what will the New Gun Laws look like in 2022? In this article, we will cover various new gun laws that are likely to arrive in 2022. We will also dive into the states that will undergo the most changes because of these new gun regulations.

But first, let’s start from the background.


Two legislation and their attempts to restrict gun ownership in 2021

It was on June 17th, 2021 that saw the approval of two bills that formed the foundation of the change of regulations and thus, hailed the arrival of the new gun laws.

National Instant Criminal Background System is a system that the FBI implements to assess those who want to own a firearm or explosive.

It is claimed that these measures are wildly popular among voters. However, there are opposers of this move among republicans who are trying to resist any limits on guns, including the need for stricter background requirements.

What is the aim of these two legislations?

The primary goal of these legislations is to deal with the existing lenient gun laws, including what many call the “Charleston Loophole” that only gives the FBI three days to conduct a complete background check. Supposedly, exploiting this vulnerability has allowed many gun owners to circumvent these background assessments.

The new bill increases the time that the FBI is given to conduct a background check to ten days.


Incidents that caused these bills to move forward

Democrats cited the following incidents as the reason to push these two restrictive legislation forward:


The response of this legislations

House Republicans responded to the introduction of these measures with vehement opposition. Their point is that these laws would not make it harder for criminals to receive weapons, but impose restrictions on law-abiding citizens trying to purchase a firearm.

The discord between the republicans and democrats regarding the gun regulations

paints a non-harmonious picture of the gun laws that we are likely to expect in 2022.


Different gun laws that we can expect in 2022

Given the legislation and the opposition, many new gun laws have emerged in different states. The most prominent among them are:

The state of New York is gearing up to introduce a gun law that will criminalize the sale of ghost guns. “Ghost guns”, as the name suggests are weapons with no serial numbers and are assembled at home rather than being purchased as a whole. Their lack of identification makes it difficult for the owners to track the weapons. As per this law, the gunsmiths will be required to register and include firearms when assembling them.

In another case regarding the New York Gun laws, the Supreme Court has deemed that New York gun laws are too restrictive . It has been stated that the “need” to exercise the right means that it is not a right at all. Whatever ruling arrives in June or July of this year, one can expect it to set the gun owner in a celebratory move, at least until the gun control advocates come around and try to muscle in a way to add reasonable restrictions to “safeguard” the rights of the state.

It seems the Georgia Lawmakers are more inclined towards the rights of gun owners than most. It has been made evident by the statement of Gov. Brian Kemp who has stated that they seek to pass a “constitutional carry” – eliminating the requirement of a permit altogether.

The drive to eliminate the permit requirement has been making rounds in the Capitol for many years. And now, there is a chance by the Republican lawmakers in Georgia to make that happen.

It seems that the state of Georgia will see the most change when it comes to the new gun laws – albeit one that is in the favour of law-abiding gun owners.

The state of Missouri has been in a state of open disarray regarding its gun laws. From its recent confusion among the police chief regarding the second amendment preservation act to the closing of the loophole that allowed domestic violence offenders to purchase firearms, the laws vary widely.

Last year, the state passed the Second Amendment Preservation Act. It stated that the police departments will pay up to USD 50,000 if the second amendment rights of any citizens are violated.

Like the New York Gun Laws, California is also gearing to implement measures to curb Ghost Guns. As per the new regulations, teachers, coworkers, and employers will be empowered to seize ghost guns from those they think could be a danger to themselves or others.

These are just some of the gun laws that are set to make an entry in 2022. How much their impact would be on American citizens is something that can only be observed once (if) these laws are allowed to pass the ground floor.

To keep up with the news about the latest developments in gun regulations or to own a good gun for your own, stay tuned with Gorilla Machining – America Made Tough.